Upper levels that house clocks, bells updated during work on university landmark
UW-Stout’s Bowman Hall, with its 135-foot Clock Tower, was renovated from 2018 to 2020.

The recent renovations to historic Bowman Hall at University of Wisconsin-Stout are easy to see and appreciate.

They include historically accurate new windows and doors, replacement bricks and stone, a new copper roof on the Clock Tower and a restored quill weathervane. The nearly $9 million project on the 1897 building began in spring 2018 and wrapped up in spring 2020.

Hidden from view during the project, however, were less glamorous but necessary renovations to the interior of the Clock Tower. The inside of the tower is a place relatively few people have had a chance to see, deemed once by the Stoutonia student newspaper as harder to get into than Harvard.

The tower has three unoccupied levels where it rises above the fifth floor roof of the building. The levels are accessible for restricted personnel via three flights of steeply angled black metal staircases, totaling 89 steps.

Mike Bowman, project manager for Facilities Management, recently led a post-renovation tour to explain some of the more intricate changes to the building.

“We take great pride here at UW-Stout and in Menomonie with respect to preserving and celebrating our history. Bowman Hall is a landmark in this community and on campus, and I’m pleased we have the opportunity to keep this building around for decades to come,” Bowman said.

University founder James Huff Stout built Bowman Hall after a previous wood structure burned in a February 1897 fire. Local residents donated $3,000 to the Clock Tower portion of the construction, according to “An Idea Comes of Age,” the university history book published in 2016 during the school's 125th anniversary.

The first 30 steps in the tower lead to a level with arched doors but is otherwise vacant. The new wood doors replace doors that were rotting.

Up another 34 steps is the clock level. A new plank wood floor was added to provide a safe, level walking surface. It covers a cement floor, below which is a tile ceiling at the door level.

The approximately 11-foot-diameter clocks aren’t working. The timing mechanism in the center of the room, with horizontal rods controlling the four clocks, had failed and was removed. It will be replaced in the near future.

The clocks are illuminated at night with LED strip lights on a rack behind each face. The more environmentally friendly, less costly LEDs replaced fluorescent lights.

Bowman — no relation to the building’s namesake, Clyde Bowman, a professor and dean who retired in 1952 — noted that, on the clock level, the thickness of the tower can be seen. The clock window wells are more than three brick lengths wide, meaning the tower is approximately three feet wide of solid brick.

The upper levels of the tower are built around a steel beam skeleton. The original beams have some minor corrosion but were tested during the renovation and deemed safe, Bowman said.

Some of the interior brick on the clock level, similar to around the entire building, had to be replaced along with new mortar throughout.

The top level of the tower, another 25 steps higher, is where the bells hang. They consist of the main James Huff Stout-named bell in the center of the space along with four smaller bells around the perimeter.

Each one of the smaller bells is cast with one word from UW-Stout’s motto — learning, skill, industry and honor.

The gray bells, totaling 5,717 pounds or just under three tons, hang from steel crossbeams under the tower roof.

The bells were installed in 1997. The original 7,000-pound bell, cracked decades earlier by students who smacked it too hard after a football victory, as the legend goes, was removed in 1997 and eventually became the center of a monument south of the Memorial Student Center.

Every quarter-hour the bells ring the progressive Westminster chime and the appropriate number of strikes at the top of the hour. They ring from 7 a.m. to 10 p.m. Monday through Saturday and noon to 10 p.m. on Sunday. Other tolls for special occasions can be programmed from an office in Bowman Hall.

Work on the bell level included new stone bases for the eight decorative pillars, which are carved from Lake Superior brownstone like other stone accents on the building. Metal railings between the pillars and metal screens to keep pigeons out of the open-air bell level also were replaced.

In addition, the bell level has a new concave rubber floor to catch rain and drain it out of the building. The old floor was convex, and rain spilled down the side of the building, causing deterioration.

The tower has a new code compliant lightning protection system, replacing one that had failed, Bowman said. Also, railings on the original staircases were improved for safety. 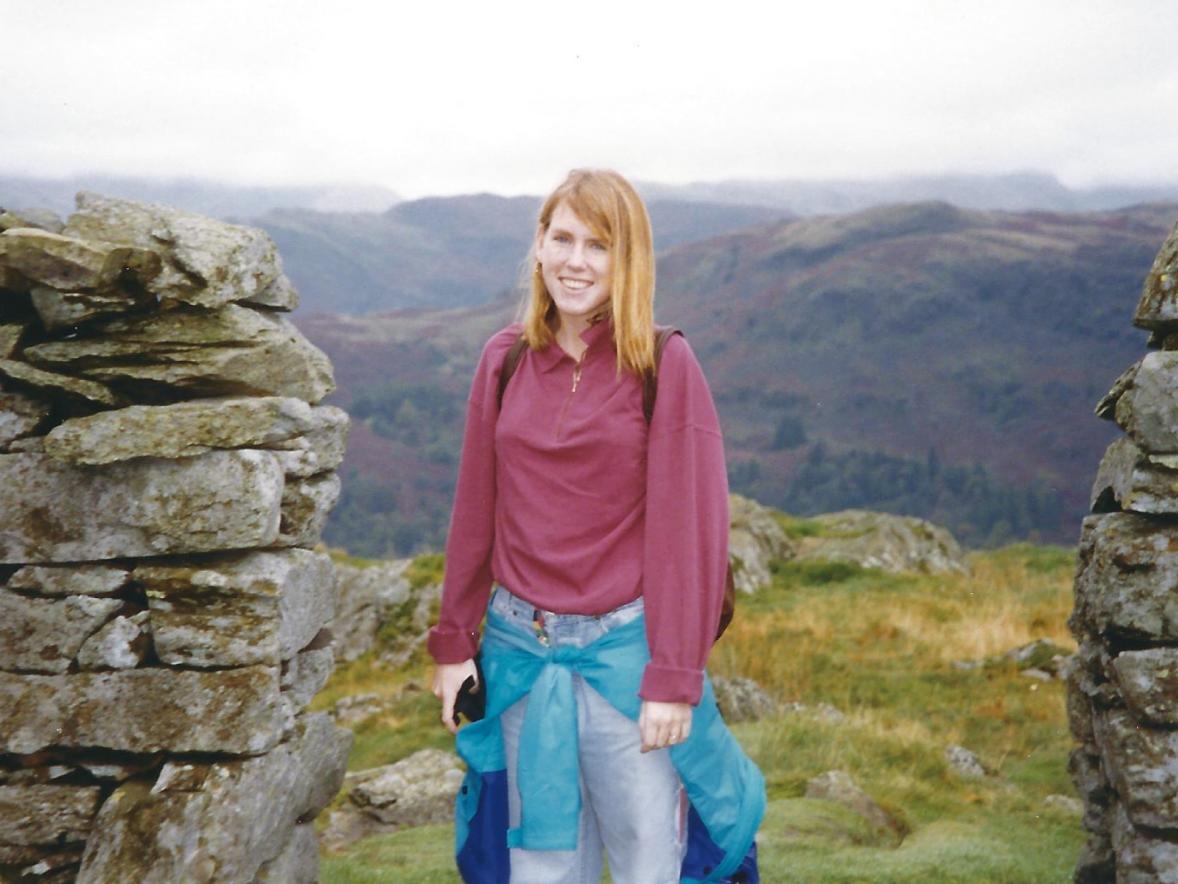 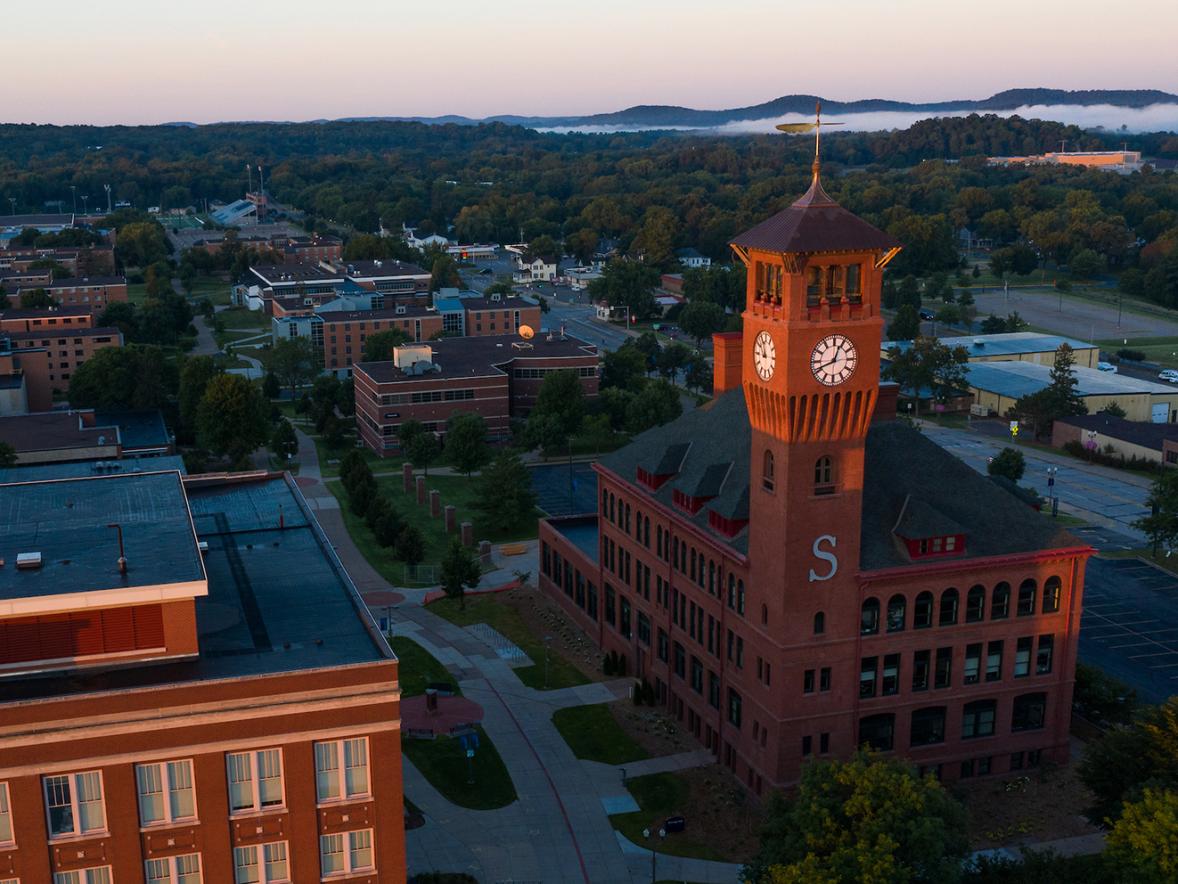 The recent renovations to historic Bowman Hall are easy to appreciate, but work also was done inside the historic tower that few people get to see.
November 18, 2020 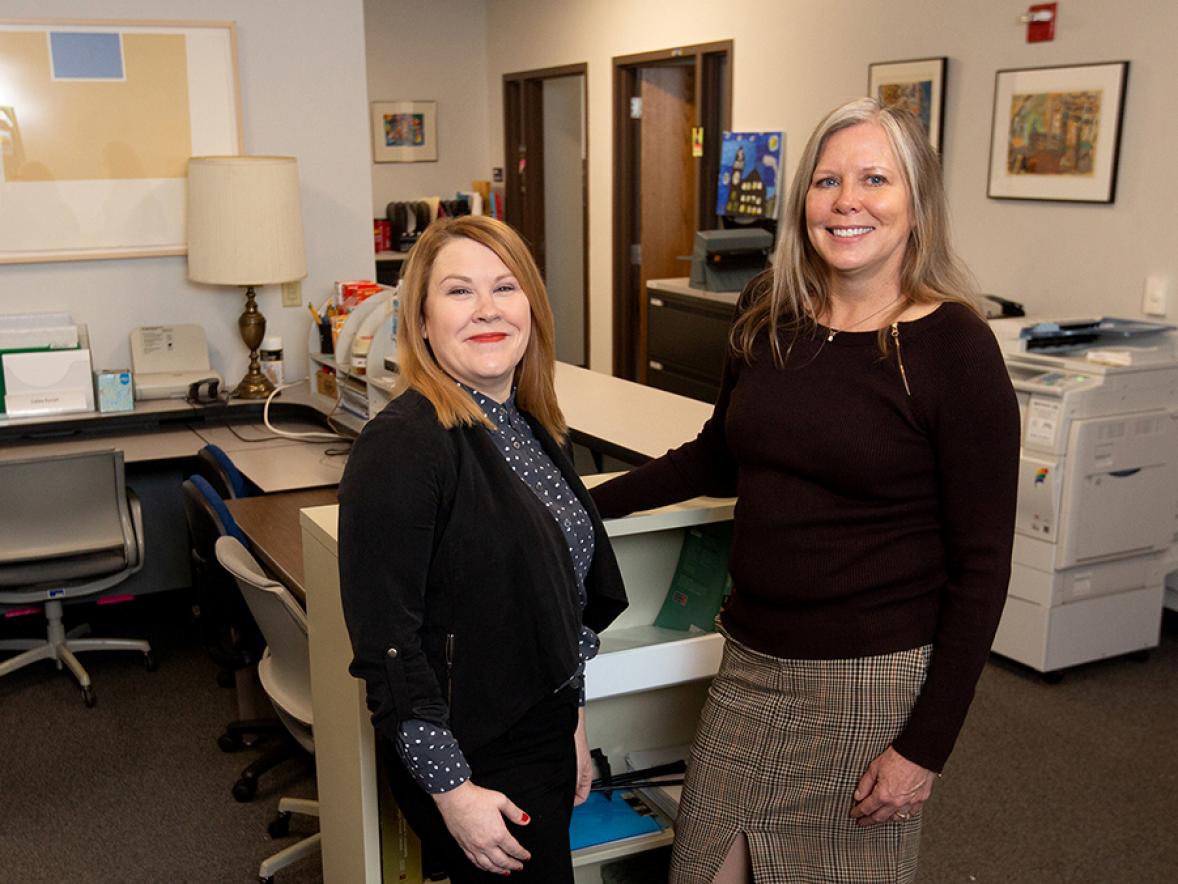 A $6,000 donation from the Green Bay Packers Foundation has allowed University of Wisconsin-Stout’s Fostering Success program to hire back peer mentors and buy
November 18, 2020 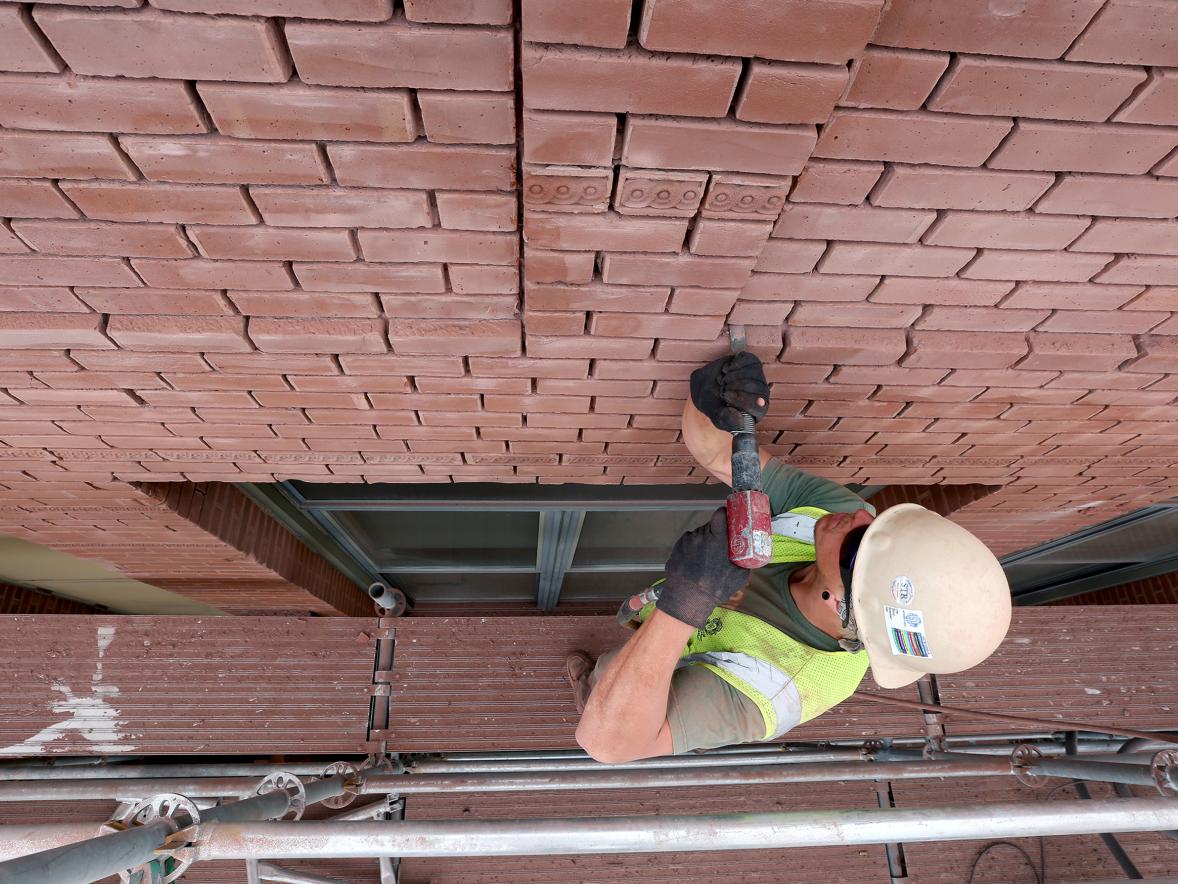 When people think of UW-Stout, one of the first images that comes to mind is Bowman Hall and its 135-foot Clock Tower rising above downtown.
Continue Reading