Miller plans, oversees ceremony at which she receives master’s degree
Faculty members give Britta Miller her hood as part of receiving her Master of Science degree.

At University of Wisconsin-Stout’s commencement Saturday, Dec. 15, one graduate had the distinction of not only earning a degree but also planning the ceremony.

“I say I am the bookends coordinator,” Miller said, smiling. “I see the students when they are first starting at Stout, and I see them when they are heading out and graduating.”

Miller plans the annual Blue Rah celebration, a large gathering for new students when they arrive on campus each fall. She then plans graduation, the last time that class is together. “It’s fun to see the students for the first time when they are kind of scared but having fun, and then when they are sad they are leaving Stout but excited too,” Miller said. 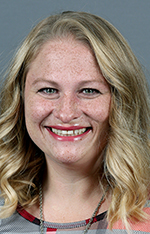 Miller, who has a bachelor’s degree in marketing communications from UW-River Falls, decided to earn her master’s degree to help her better work with student employees to develop training programs and evaluate them. “I felt if I wanted to stay in higher education, I needed to get a master’s degree if I wanted to move up or take on more responsibility,” said Miller, of Menomonie.

The mother of two sons, married to husband, Ryan, Miller took the stage to get her diploma in the first of two ceremonies at Johnson Fieldhouse. “My parents really wanted me to walk,” she said. “I am the first member of my family to graduate with a master’s degree.”

Dean of Students Sandi Scott, who gave Miller a hug after she received her diploma, said initially Miller didn’t plan to take part in commencement. Scott urged her to participate.

“I also reminded her that just like hundreds of other students her parents were going to be there and wanted to see her walk, not just helping other December graduates and their parents,” Scott said. “She relented and agreed to participate. Britta knows how important and how special of a memory this day is for graduating students and their families. She’s now one of those students for whom this memory will be very special.”

To complete her duties as commencement coordinator, Miller, as usual, was in the back of Johnson Fieldhouse and made sure she was in the wings should there be any issues that needed to be resolved. When Graduate School students were called to receive their diplomas, Miller had her robe on and marched past the crowd to join fellow graduates heading for the stage.

She received some surprised looks from faculty on stage who knew her as commencement director but didn’t know she had been studying for a master’s. “It was fun to see some of the faces. There was a lot of camaraderie, high-fives and smiles,” she said, and there was a hug from Graduate School Director Renee Chandler.

The act of walking across the stage suddenly made the hard-earned accomplishment — 2½ years of classes, studying late at night and during lunch hours — more real to Miller. “I haven’t been nervous, and then when it was my turn it hit me, ‘I’m done.’ I kept telling people it was no big deal, but when I got on stage it felt like a big deal.”

It’s all in the details

Scott said Miller does an exemplary job of coordinating the ceremonies, held in May and December each year. “There are literally hundreds of details that go into planning a successful commencement ceremony, and Britta ensures that every one of them exceeds expectations,” Scott said.

Neither rain nor snow shall stop graduation either, Miller said. “It is just like a wedding — the show has to go on,” she said. “The only thing I ever worry about is that we will run out of diploma covers. I get anxious, but I love planning large events. I love the adrenaline. I love being the person who made someone’s day.”

During a commencement ceremony any number of things can go wrong, Miller said. One year, not enough chairs were planned for graduates and guests had to be moved to allow for more space. At another ceremony the ushers forgot to dismiss the graduates.

“It’s balancing a lot of different personalities and expectations,” Miller said. “You have to be the person who says it is going to be OK and figuring out how we are going to fix it. People usually don’t know something has gone wrong.”

Names have been missed in commencement programs, Miller said. When it happens, she makes sure the affected graduates receive a corrected copy. But that day she urges the graduates to text their parents, so they know there is a mistake. She also checks to make sure tassels are on the correct side of mortarboards and to remind master’s and doctoral degree candidates to carry their hood into the ceremony, where it will be awarded.

The hardest part of graduation is not planning the event but ensuring all of the names are correct and writing the actual program; it has the greatest margin for error, Miller said.

Miller has been asked if she followed the rules of being allowed only five commencement tickets, unless others are donated back. “I followed the rules just like everyone else,” Miller said, noting she got one extra ticket on a first-come, first-served basis after other students claimed theirs.

“I wanted to make sure there were enough tickets for the other students. I have had the chancellor come to me for extra tickets and I have told him no. I want all of the students to have a good experience and have all the opportunities to get the extra tickets.”

On average 75 percent of graduates attend commencement, meaning there are usually very few extra tickets available, Miller said. “I have had a lot of grandmothers call, and they want to know how they can get tickets for their grandson’s or granddaughter’s graduation and ask where to park,” Miller said. 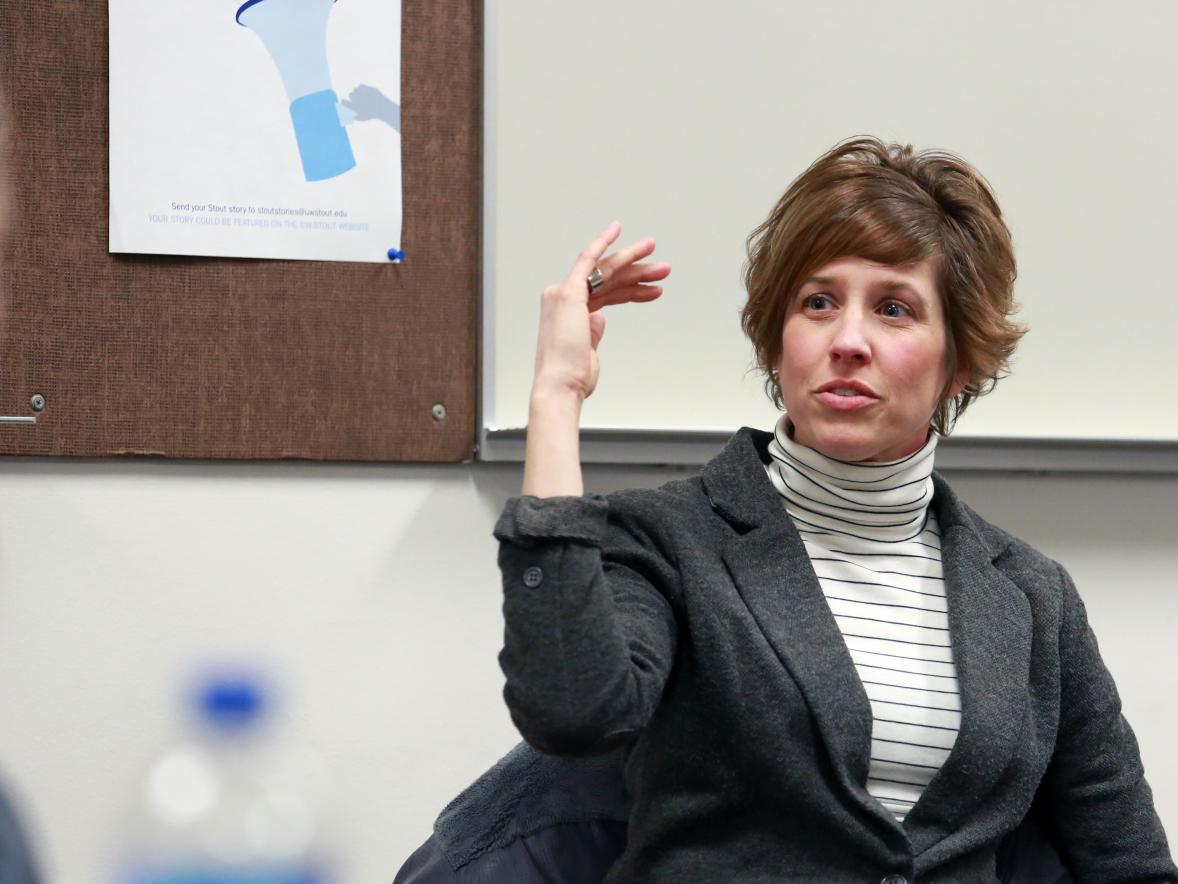 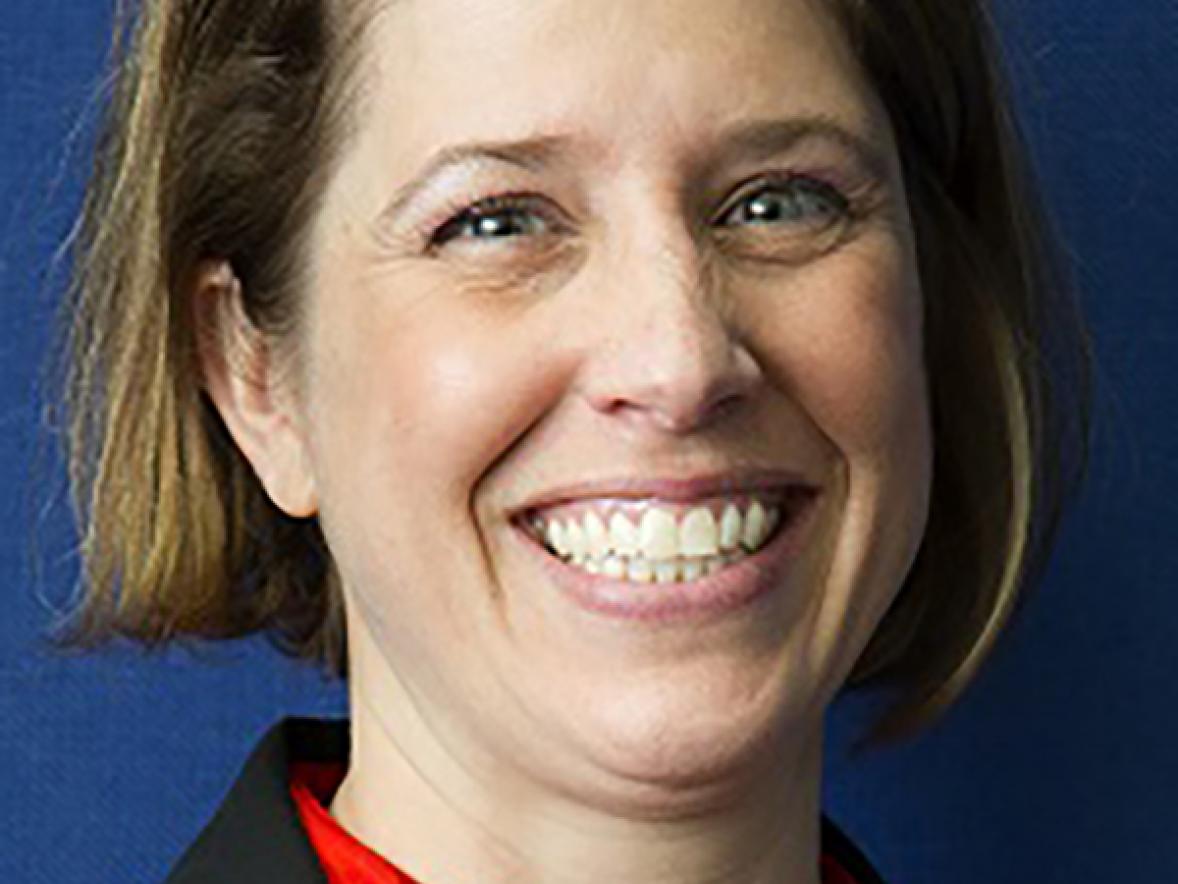 State education executive, an alumna, to be featured Feb. 26

An alumna who works for the state Department of Public Instruction is the 2019 Career and Technical Education Executive in Residence at UW-Stout.
February 20, 2019
September 28