One of the problems a group of University of Wisconsin-Stout apparel design and development seniors discovered is that personal flotation vests often don’t fit women well, meaning many choose not to wear them when boating.

“Flotation vests are unisex, and they do not fit the curves of a woman’s body,” said Mary Cross, a senior from Savage, Minn. 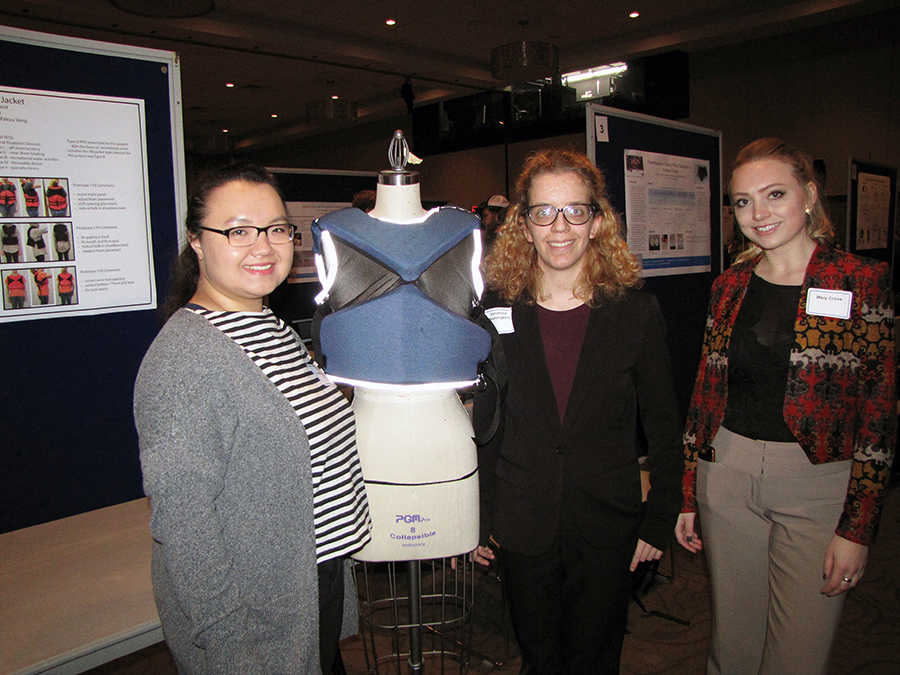 Cross, along with Veronica Baillargeon, of River Falls, and Pakou Vang, of Andover, Minn., created a lifejacket designed to fit women better. It goes to the waist, rather than the hip, and has closures on the side to allow more freedom of movement. Mesh paneling designed into the device also allows greater movement.

In order to improve on flotation devices, students had to research existing ones. “We cut up a lot of lifejackets to see what they were composed of,” Cross said. “A lot f them are closed cell foam, which is used in packaging.”

The students’ design uses a softer foam to make it more comfortable and fit better.

“If you do fall overboard it is an accident, and you don’t know accidents are going to happen,” Cross said. “Having the vest on will keep you afloat.”

The vest was one of about 115 research posters and projects involving more than 300 students at the STEMM Expo at UW-Stout on Dec. 13.

Another team of apparel students created the Hamayh Suit, a gas and fire protection jumpsuit. Seniors Farah Alfayruz and her sister Fatimah Alfayruz, of Saudi Arabia, and Marina Lee, of Madison, made it for their Apparel Functional Design and Development class.

Hamayh means protection, said Farah Alfayruz. The jumpsuit is designed to protect the wearer from a gas explosion or fire. The suit also is designed for warmer climates with removable sleeves when workers are on break. The clothing could be used where there are wildfires.

“I think it is applicable at home in Saudi Arabia where we have gas station attendants,” Farah Alfayruz said.

While researching the clothing, Lee learned a lot about what is needed in the pipeline industry. “They are working long hours in hot temperatures. This can help keep them cool but at the same time protect them.”

A tongue-operated computer mouse, a wheelchair that can climb stairs and a pillow alarm designed for the hearing impaired are all ideas students had for their engineering technology 100 Impacts of Engineering class. 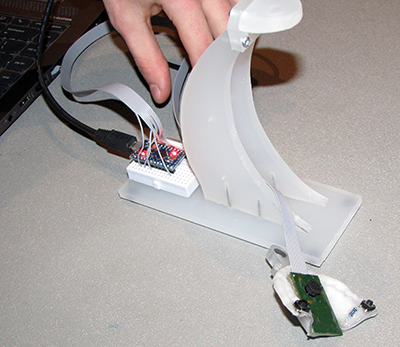 Michael Laffin, a first-year computer engineering student from Spring Valley, worked on the assistive tongue-operated mouse. The buttons are operated by biting on one side or the other of the mouthpiece. The mouse arrow is operated by the tongue.

“It doesn’t exist as a commercial product and would cost about $22 to make,” said Laffin, adding that it’s recyclable.

Many jobs require computer skills. A tongue-operated mouse would help those with mobility issues use a computer. Other devices require a blow tube, which can be difficult to control, Laffin said. Others who worked on the project included Carter Jacobs, plastics engineering, Augusta; Jacob Jensen, mechanical engineering, Wheeler;  Ben Stangler, computer and electrical engineering, Cottage Grove, Minn.; and Brennan Wheeldon, manufacturing engineering, Boyceville.

Ben Uitenbroek, a first-year student in mechanical engineering, worked on a Bluetooth pillow alarm that vibrates to wake someone who may be hearing impaired. “A lot of people think it is a neat idea to have the alarm that connects to a cell phone vibrate the pillow,” Uitenbroek, of Freedom, said. “It also could be for someone who doesn’t like the sound of an alarm clock.”

A plastic box contains the components for the alarm, which fits inside a pillow. The box can be removed to replace batteries and to wash the pillow. 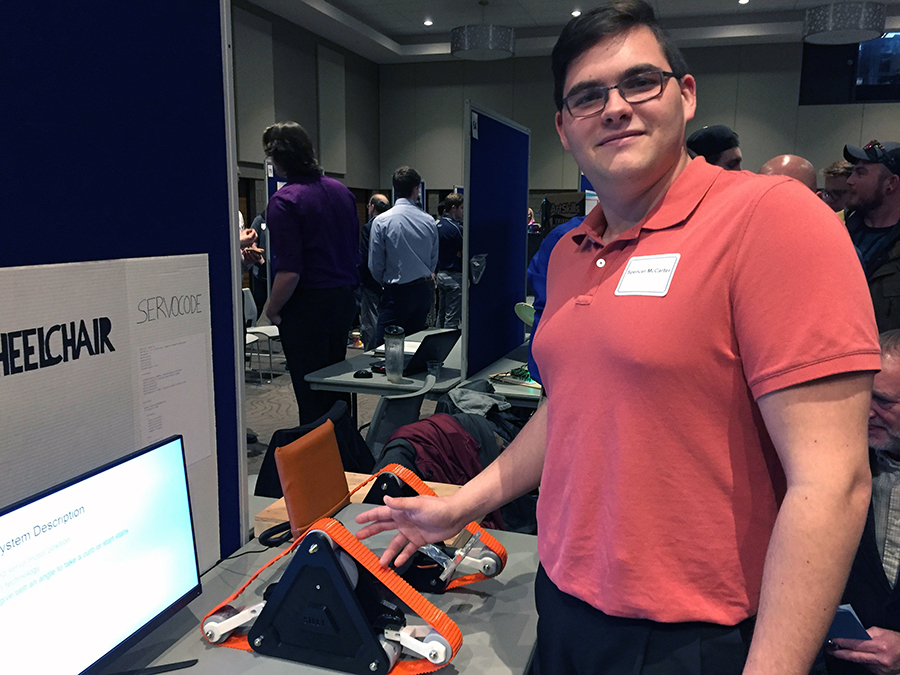 Spencer McCarter, of Thorp, a first-year student in engineering technology-mechanical design, helped create a model of an all-terrain wheelchair. “I know there are towns that don’t have ramp access to sidewalks or buildings that aren’t wheelchair accessible,” he said. “That was the goal to give someone with disabilities the ability to go where they have never gone.”

The wheelchair track, similar to a tank, runs with pulleys in the front and back that engage as the chair climbs stairs or curbs. The estimated cost to create the wheelchair is $1,200 to $2,500, comparable to other powered chairs. All parts of the chair would be recyclable and easily replaceable.

The track was printed on a 3D printer, McCarter noted. 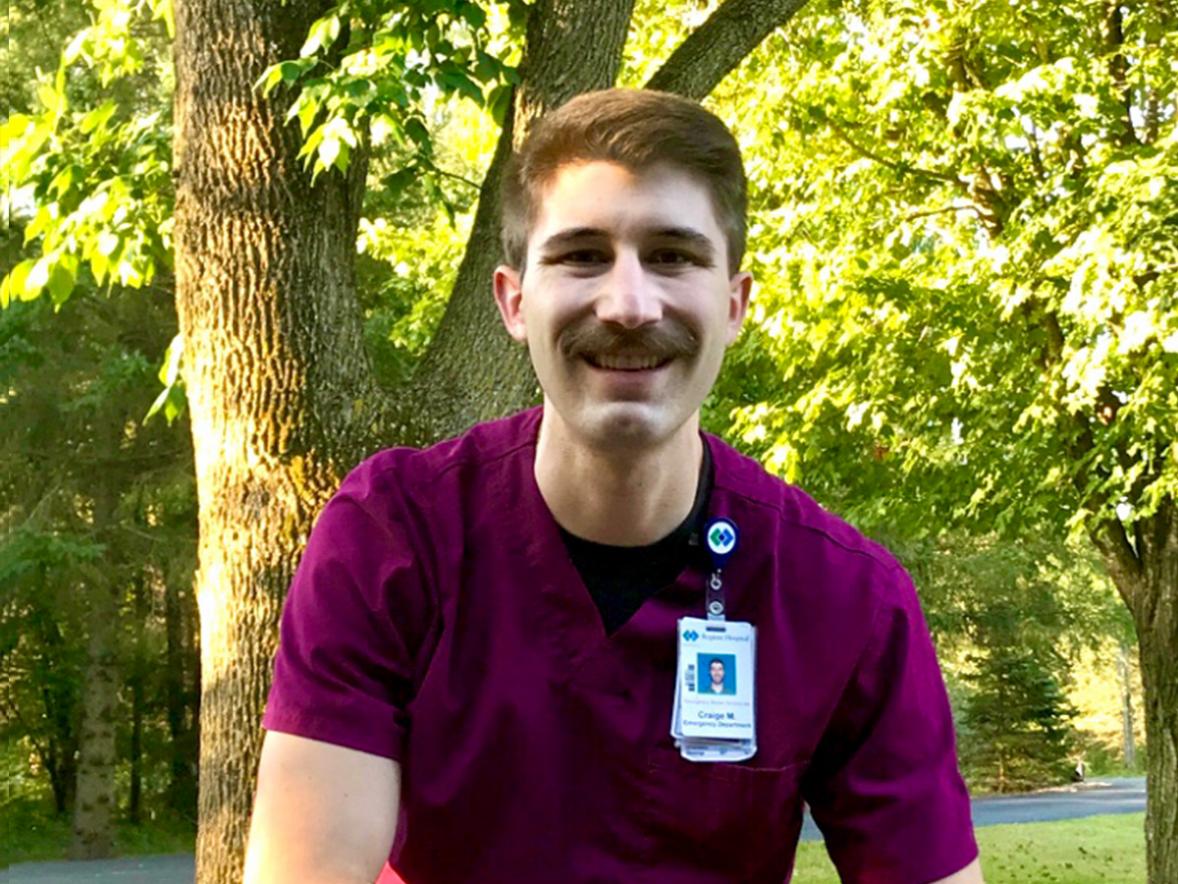 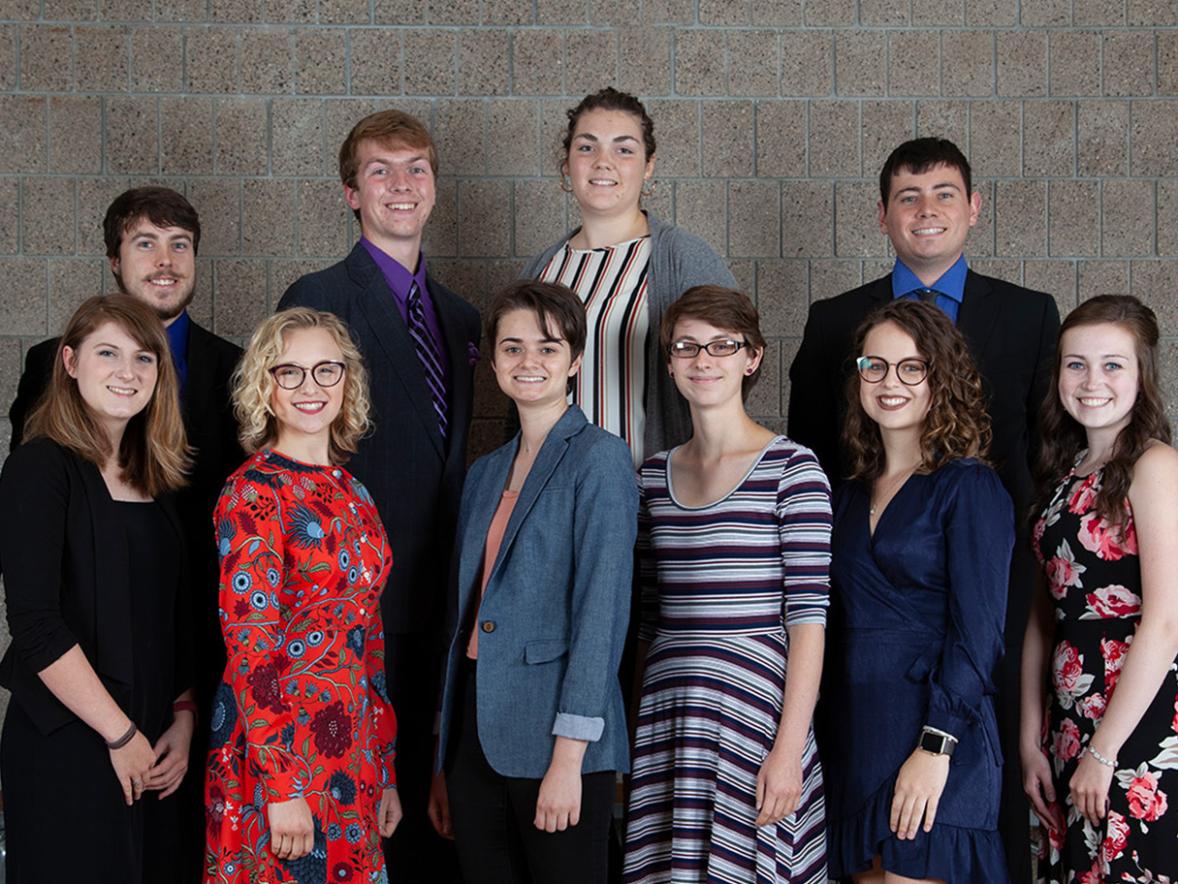 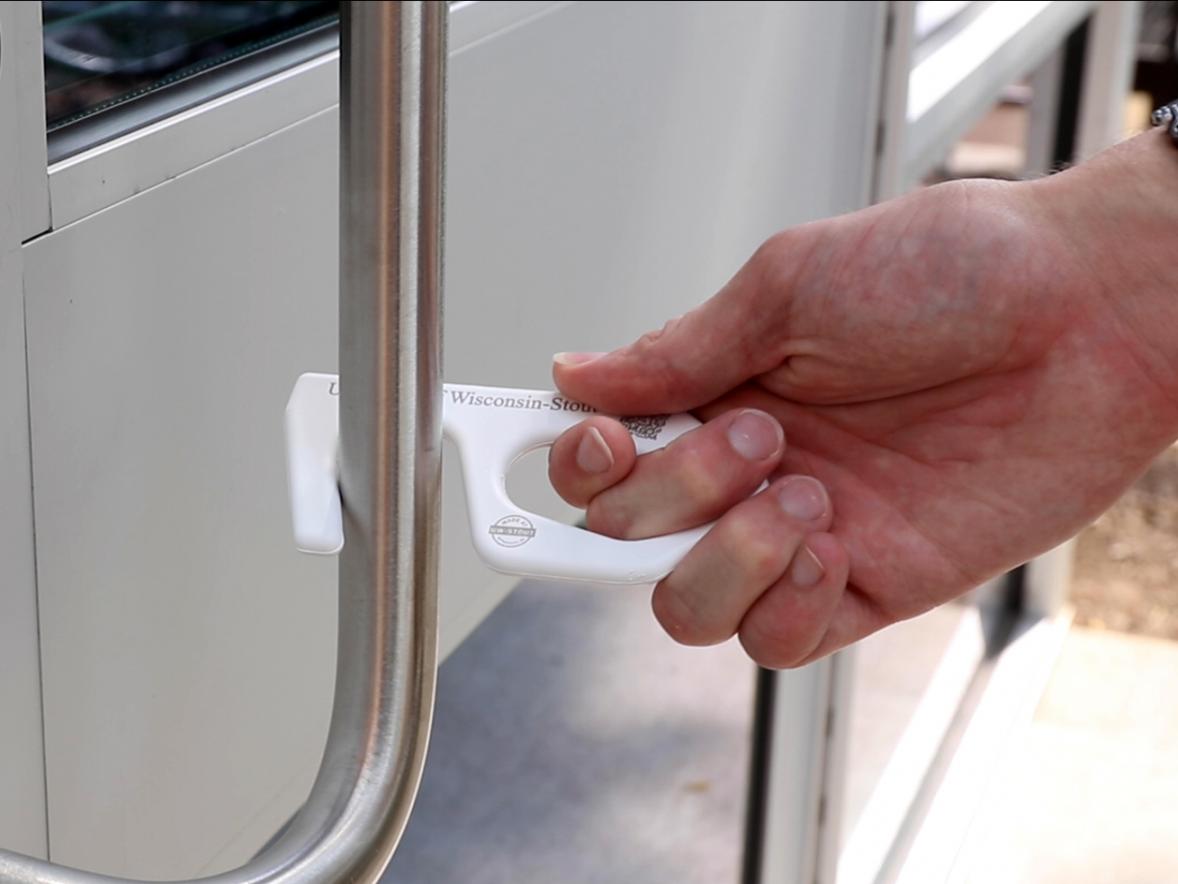 Made at UW-Stout door pullers part of student health push

UW-Stout's commitment to health and safety this fall includes something out of the ordinary, a narrow, molded plastic tool.
September 3, 2020
September 18