Leslie Barlow earned her BFA at UW-Stout in 2011.

Approximately one year ago today, I wrote an email to the university community at the beginning of my second week as Chancellor at UW-Stout. I reflected on my first week as Chancellor and wrote about a book that I had discovered left among the materials in my office, Women at Stout, authored by Beatrice A. Bigony. It remains the only book about women at UW-Stout, and it was published in 1991.

My March 1, 2020 start date at UW-Stout coincided with the beginning of Women’s History Month. This was not planned, but I appreciate it as a significant coincidence. I chose to come to UW-Stout because I was drawn to our polytechnic mission and our community. However, upon my arrival, I also quickly realized that I was creating a new path in UW-Stout’s history when I became UW-Stout’s first female Chancellor, and that this path would be important for the women to follow. This legacy is not something that I take lightly.

As we begin Women’s History Month in 2021, I find myself thinking about the women at Stout have forged new pathways for those who have followed. Kate Murphy was one of UW-Stout’s earliest art directors. Murphy was passionate about the impact of art and helped to make James Huff Stout’s vision possible: “For as art cannot be disassociated from civilized life, neither can it be omitted from any complete scheme of education,” she said. Stout sent Murphy, who had received training in the arts from both St. Louis School of Fine Arts and New York School of Technical Design to Japan, Europe, and other major U.S. cities to build an art collection that filled three upper rooms of the manual training building.

More than a century later, the strength of UW-Stout’s expertise and program offerings in art and design have continued to grow, as do our graduates and their impact on society. One such graduate, Leslie Barlow, earned her BFA at UW-Stout in 2011, as well as an MFA in 2016 from the Minneapolis College of Art and Design. She was selected as one of 34 Twin Cities artists chosen to create pieces for the U.S. Bank stadium and was awarded the McKnight Visual Artist Followship, the 20/20 Springboard Fellowship, and the Jerome Hill Artist Fellowship. Barlow has centered her work on a theme of racial identities. She helped establish MidWest Mixed, with the mission to “use dialogue, alternative education and artistic expression to support mixed people and transracial adoptees of color to learn through an intersectional framework, heal racial trauma, and build community in the struggle for equity and justice.” She also became a part of Creatives After Curfew, “a decentralized collective of BIPOC/Queer artists & allies who mobilized during the [Minneapolis] uprisings in June 2020 to share resources, skills and knowledge as a contribution to the movement.”

These individuals, and other remarkable women among faculty, staff, students, alumna, and friends have created pathways for the women to follow. As Maya Angelou said, "Each time a woman stands up for herself, without knowing it possibly, without claiming it, she stands up for all women."

It is with this in mind, that I ask each of you to look around you and see the amazing women at Stout who surround you every day. Take a moment to acknowledge their contributions sometime this month by visiting the Recognizing Others website and filling out a “Stout Stand Out” or “You Rock” recognition. Thank them for the pathways that they have forged into our present moment and the future that they are helping to create. 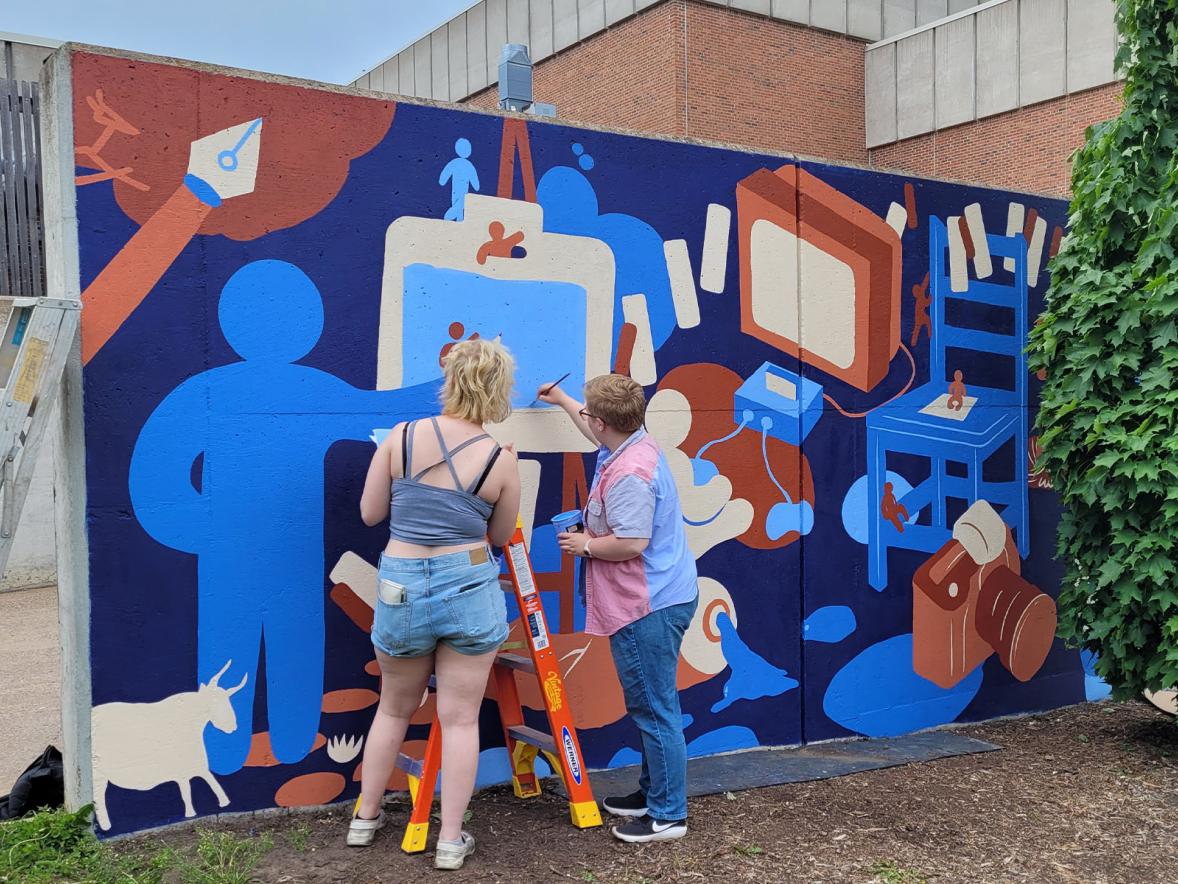 First student-designed mural is ‘part of the legacy, history of art at the university’ 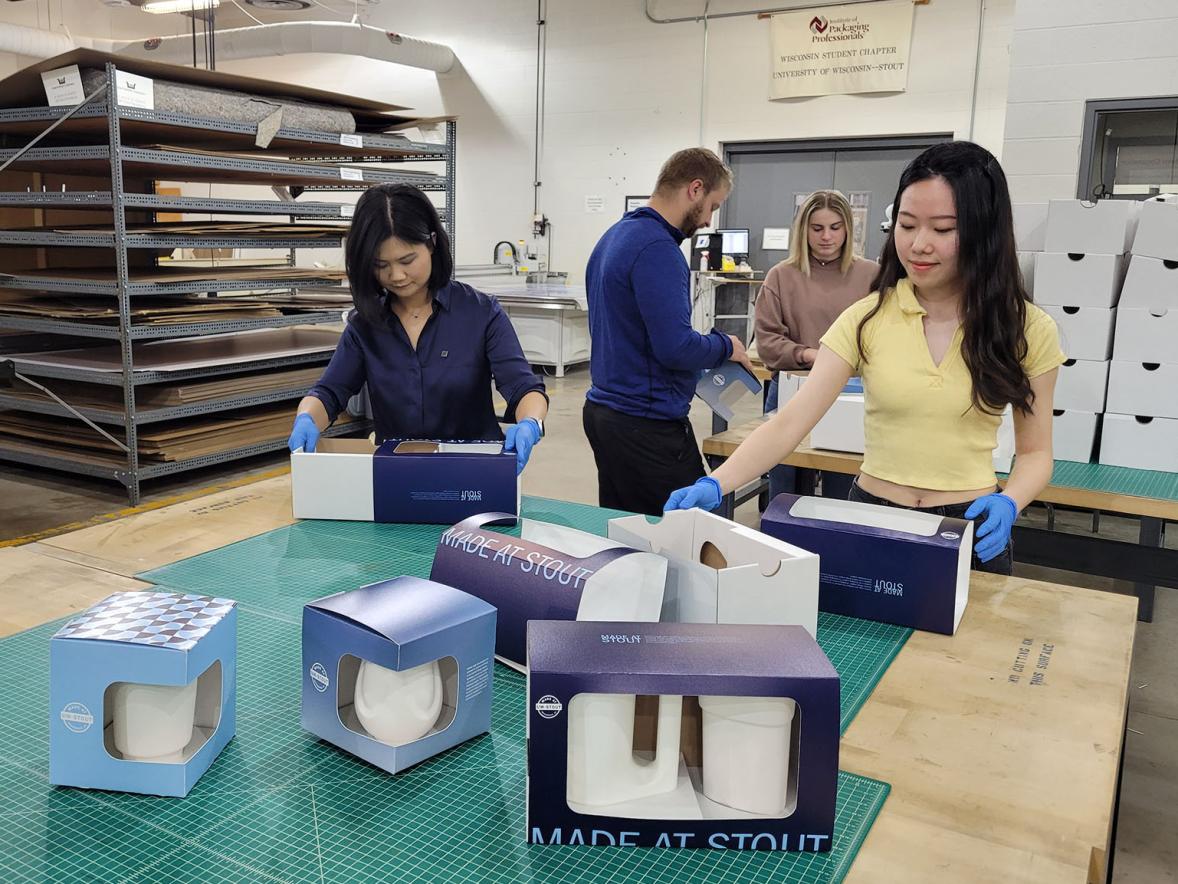 Porcelain mugs to be given to partners, guests at Chancellor Frank’s fall investiture
May 24, 2022 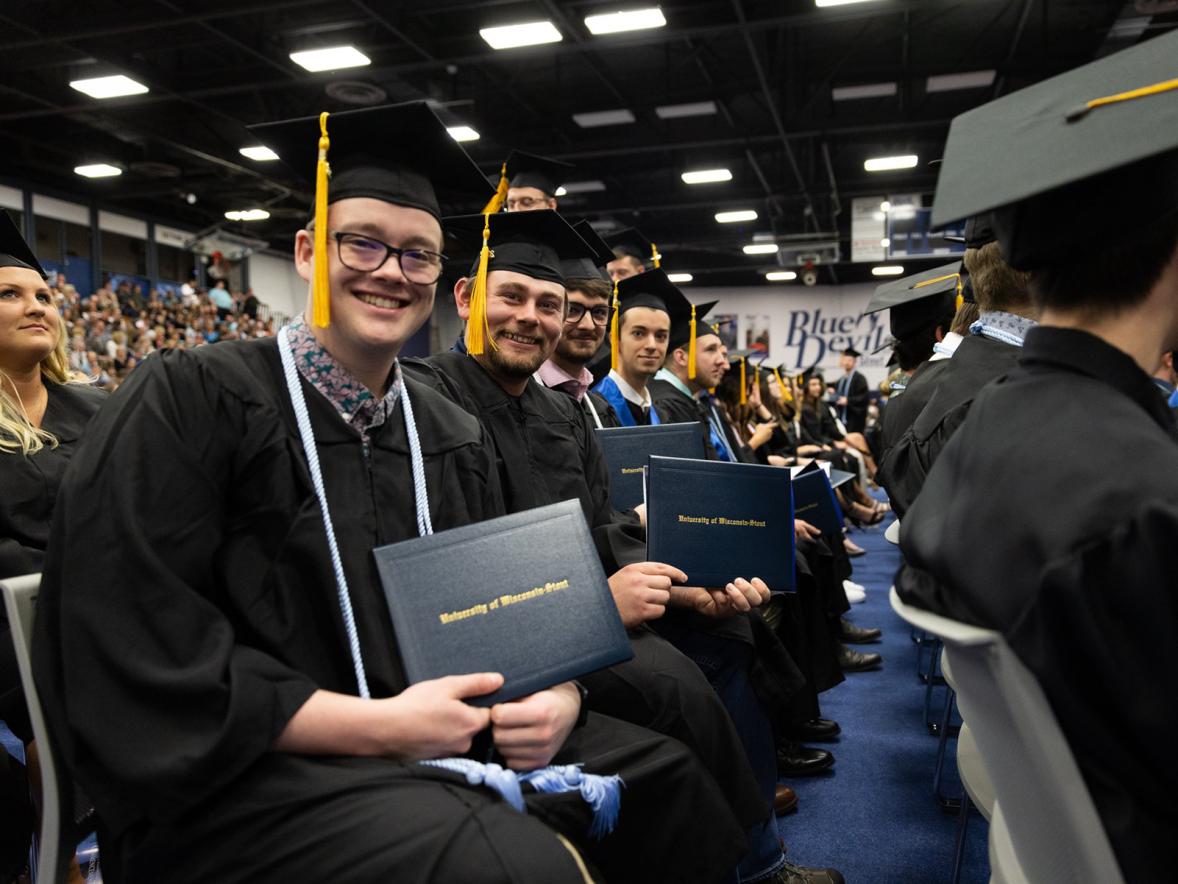 Chancellor Frank congratulates 1,105 graduates: ‘Your stories amaze and inspire us’

Three commencement ceremonies on Saturday, May 7, at University of Wisconsin-Stout celebrated the success of 1,105 graduates.
May 8, 2022