Our University’s longest-serving chancellor, from 1988 to 2014 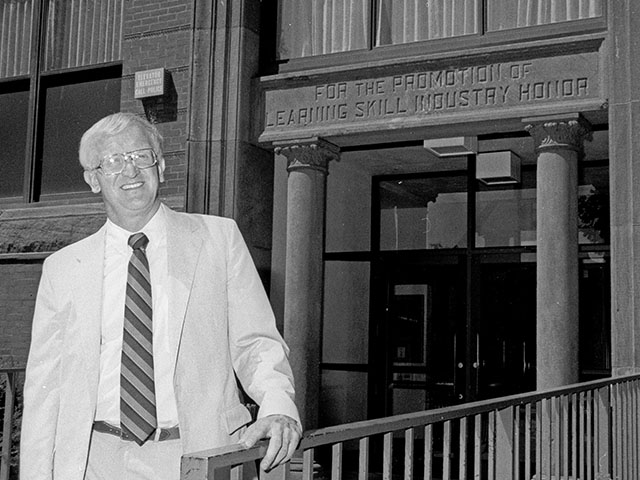 Charles W. Sorensen poses at the entrance to Bowman Hall shortly after he arrived at UW-Stout to become chancellor. Prior to being named to the post, Sorensen served as vice president for Academic Affairs at Winona State University in Winona, Minn. 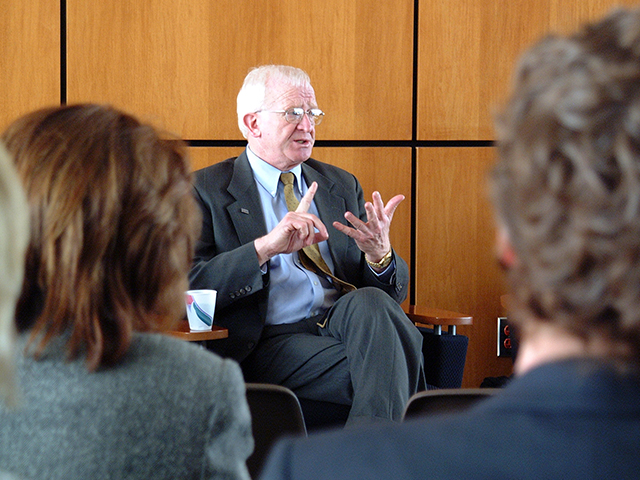 Chancellor Charles W. Sorensen makes a point at a campus meeting. Administratively, Sorensen initiated a new campus governance process in May 1996: the Chancellor’s Advisory Council, which includes representatives from all campus constituencies. 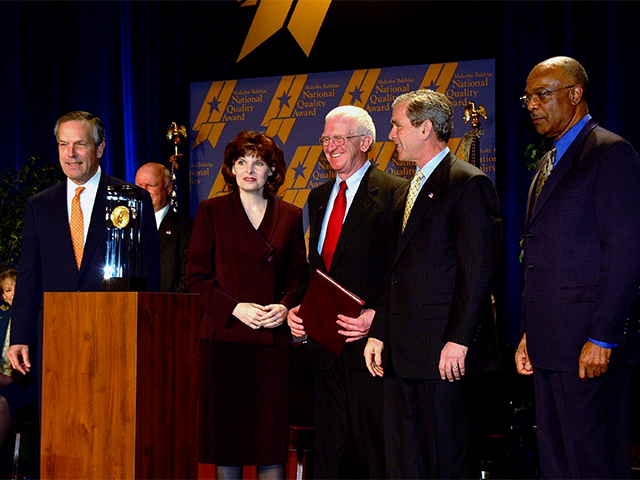 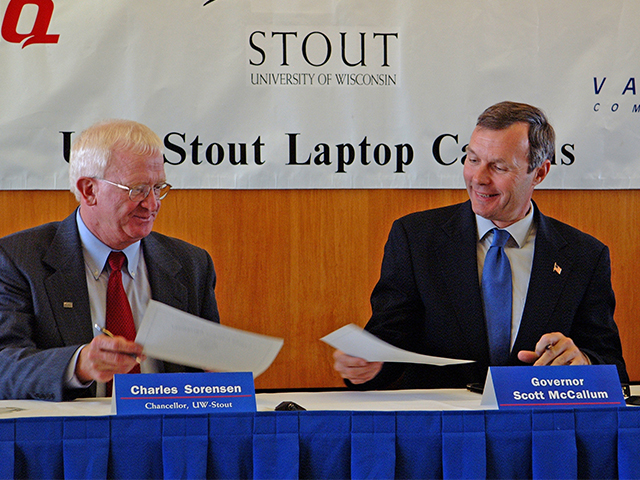 Sorensen is shown here in 2002 with former Gov. Scott McCallum signing an agreement with computer vendors establishing the eStout laptop program. It provides laptop computers to all undergraduates and is the foundation for a campuswide digital learning environment. 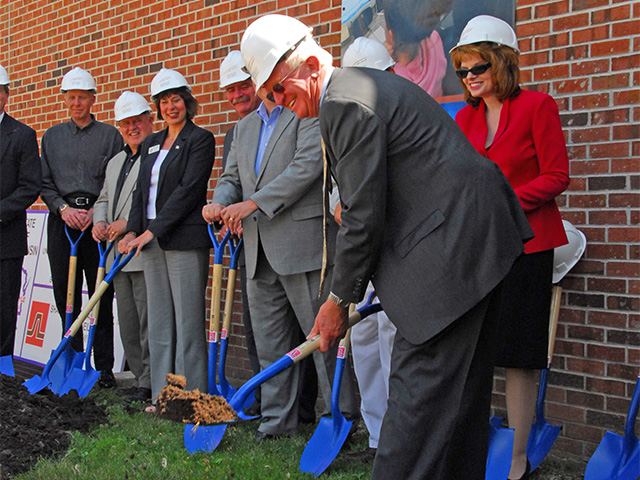 Sorensen wields a shovel at the groundbreaking for the Jarvis Hall Science Addition. Another major focus of Sorensen’s was to expand science-related programs at UW-Stout. New science programs include applied science, which has a preprofessional track that prepares students for medical and other professional pursuits; cognitive science; science education; and technology and science education. 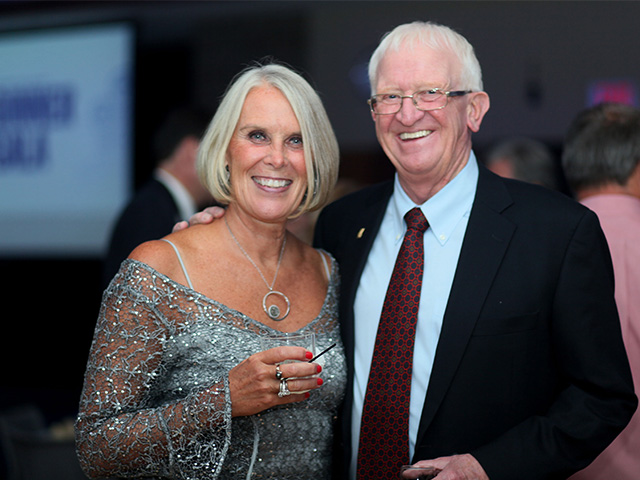 Chuck and Toni Poll-Sorensen at an event for the Board of Regents meeting at UW-Stout in 2012. 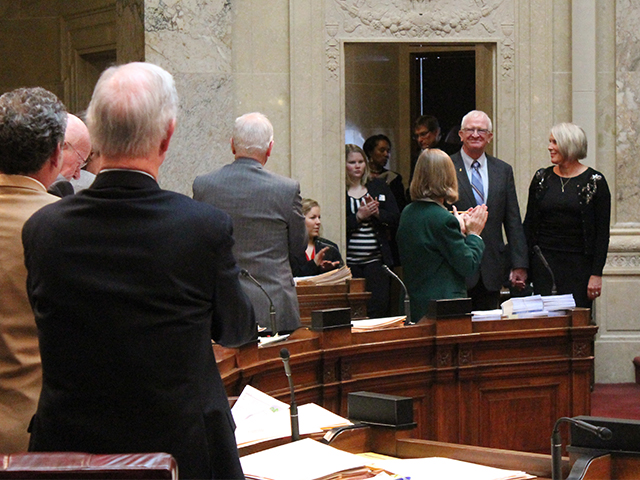 Charles W. Sorensen and his wife Toni Poll-Sorensen receive a standing ovation from the Wisconsin state Senate in February 2014. The state Senate and state Assembly passed a joint resolution commending Sorensen for his contributions to UW-Stout. 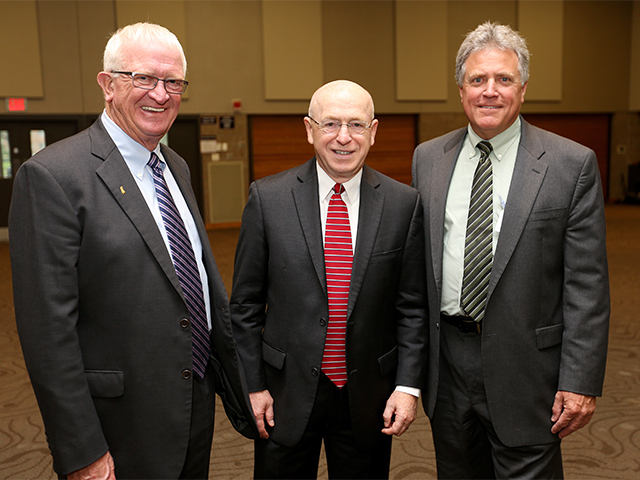 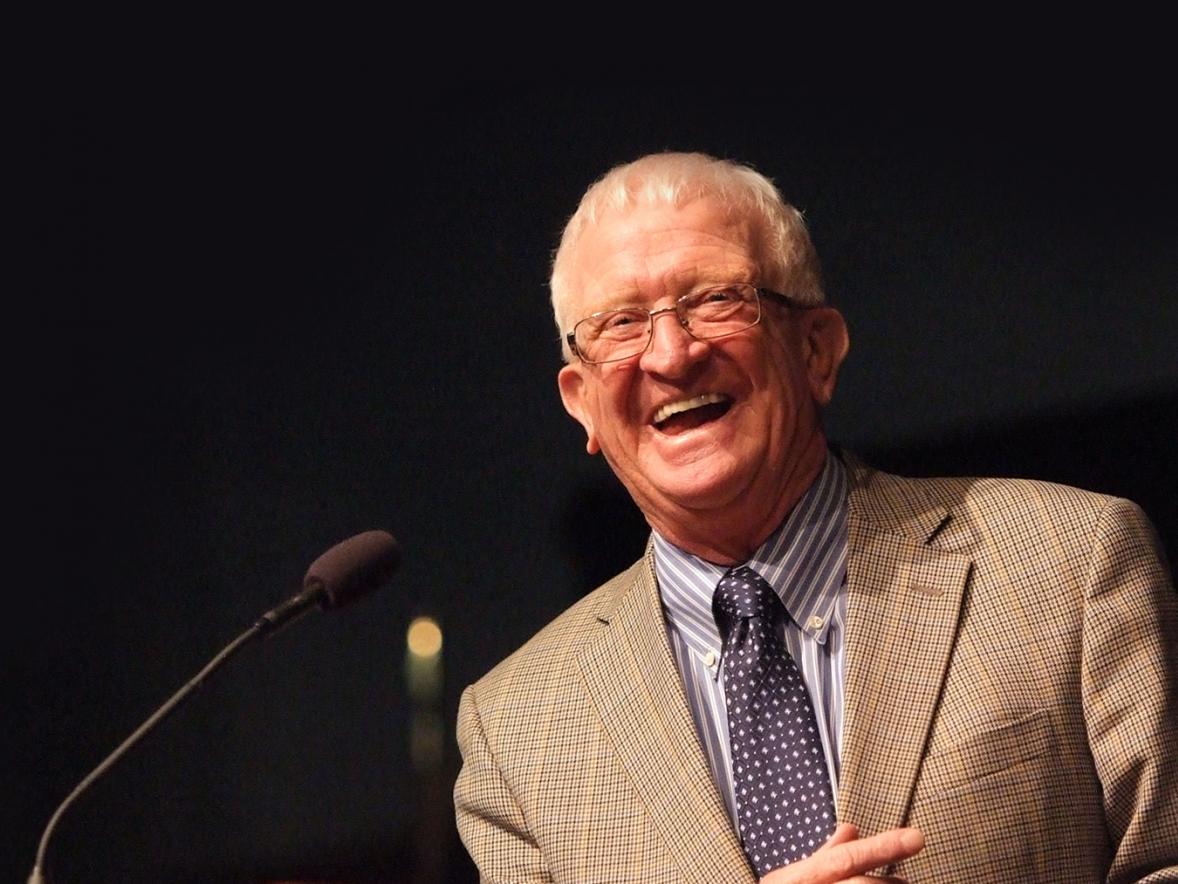 When Charles W. Sorensen retired, he couldn't think of any other career more satisfying than being UW-Stout's chancellor.
Continue Reading 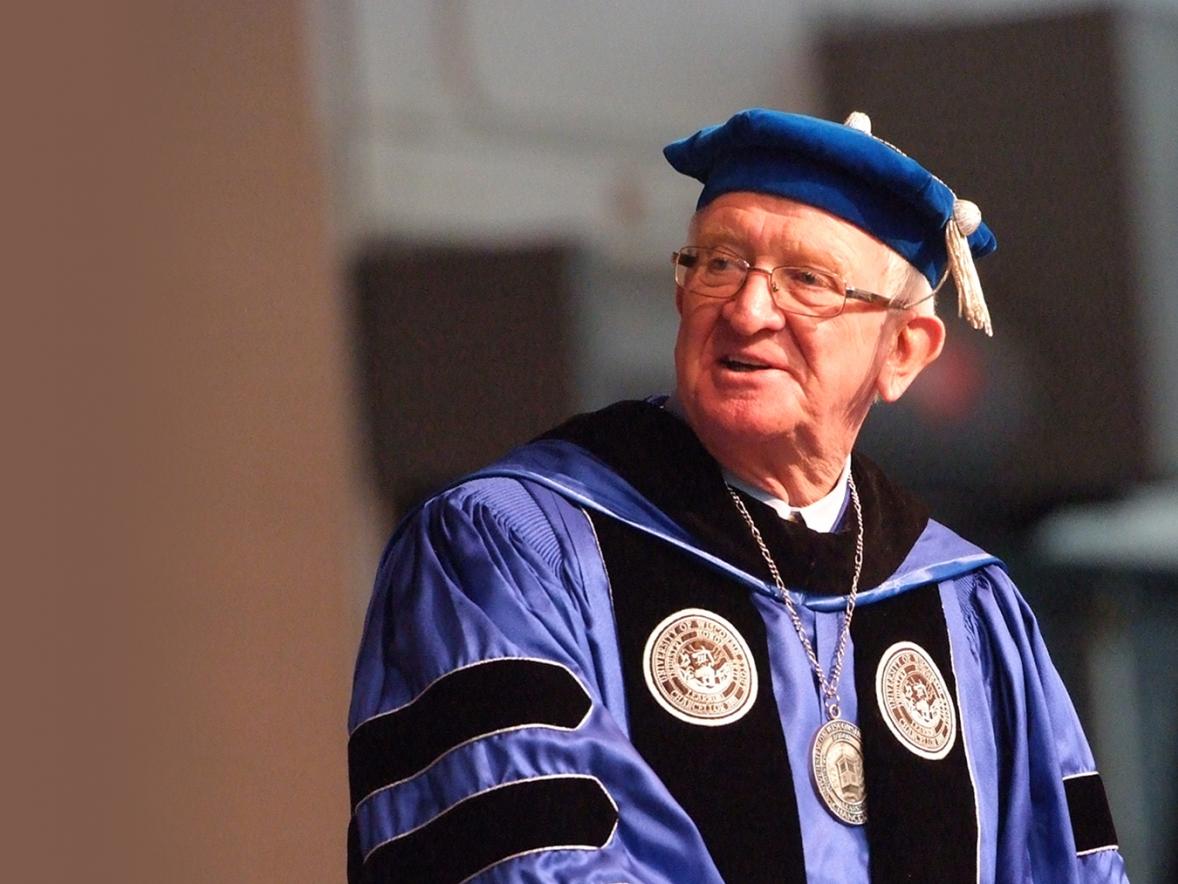 Charles W. Sorensen’s tenure as chancellor of University of Wisconsin-Stout will be marked in institution history as a time of strong leadership, historic
Continue Reading